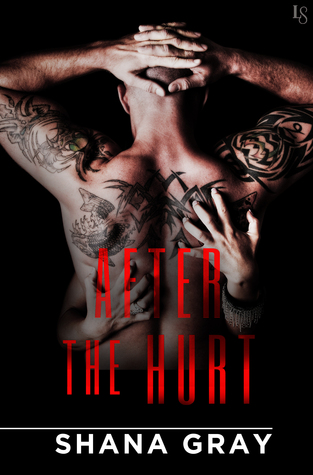 Pepper Chapman refuses to throw in the towel. Six months ago, she made the biggest mistake of her life. Blinded by grief after her mom’s death, Pepper abandoned the man she loves. Now she wants a second chance at everything she gave up: strong hands driving her to ecstasy . . . a deep voice whispering naughty promises in her ear . . . the future they’d planned since they were teenagers. So Pepper comes home looking for forgiveness, ready for a new beginning—if he’s willing to give her a shot.

Retired MMA star Tank Sherman may be used to low blows, but Pepper’s emotional sucker punch left him reeling. Trying to ignore the pain and forget the pleasure of her body beneath his, Tank is prepared to ring the final bell on their relationship. Then Pepper shows up out of the blue, radiating pure sex. But Tank won’t let himself get hurt again, and that means resisting the heat that still burns between them. Because if he takes Pepper back, he knows he’ll never be able to let her go again.

Read on for my thoughts on After The Hurt.  No true spoilers, promise.

After The Hurt is a good basic story.  I didn’t love it but I also didn’t hate it – more that it frustrated me consistently.

Pepper’s mother died, and in an illogical way Pepper felt responsible for her death.  I understand that guilt, especially the type of guilt that simply tears you apart with the “if onlys” and the “if we had just…” – that is the kind of guilt that destroys.  And for that reason alone I completed the story.  Yet still in the end it was simply a good story and nothing more.

When two people have been part of a couple for all of their romantic life, when they plan a future, a business together there are ties that bind there.  Yet Pepper took off for six months without a word of where she was, what she was doing or even if she was safe.  You put that kind of worry and pain on someone you’re supposed to love?  No.  No, you don’t.  You say, Honey I need some time to get my head together but I’ll be back because I love you.  You do not just fall off of the face of the planet… not even in grief.

Pepper does return but quickly realizes just how badly she’s screwed up a very solid relationship by her actions when Tank wants nothing to do with her now.  He’s done.  And now she will do anything she can to change his mind.

The story is told in a dual point of view, which I don’t mind but the story was told through their inner dialogues, thoughts, memories, the the things they’d do or say if only things were different.  There is very little true conversation between the characters.  So in all, After The Hurt, was an alright read for me.  But one that might have been so much different.  Everyone has their reasons for liking or not liking any story and they are all unique – we readers are quite a diverse crew.  I’m certain that there is an audience that would love the story and the delivery of After The Hurt – so my best advice?  Check it out for yourself, because in the end the only opinion that matters is… yours.

*I received an e-ARC of After The Hurt from the publisher and NetGalley in exchange for an honest review. That does not change what I think of this novel.*

Available for the kindle

Tags: After The Hurt, Shana Gray