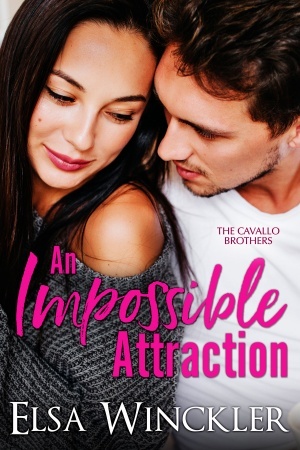 We first met Zoe and Dale at his brother’s and her sister’s wedding uniting two unique, tension-filled families and their friends into one volatile combination.  To say that either Dale or Zoe were smokin’ hot with sizzling chemistry from the beginning would be an understatement.  Yet there is more beneath their almost instant lust-filled attraction to each other – there is distrust, some family issues that have been resolved but still linger in some minds and such stubbornness.  I swear, these two would argue the exact color of their own eyes.

On the surface, it would be easy to dislike Dale based on his love ’em and leave ’em lifestyle, his arrogance and don’t forget the stubbornness.  When things don’t go according to his wishes Dale is not above moving the playing pieces around to suit his own purpose, not really acknowledging or caring that these are real people’s lives and livelihood he’s messing with.  On the flipside of that is the slowly disclosed fact that Dale is utterly stunned to his core at his reactions to Zoe, far beyond her beauty and sexiness but for the woman who smells like rain and ties him up in a knot every time she’s near.

Zoe’s not faring much better, on top of the leftover anger and mistrust of his brother’s suspected actions, she’s also fighting a very strong physical attraction to a man who infuriates her at his every move.  Her best bet is to stay far, far away from the arrogant and tempting Cavallo brother – but he’s not above making that impossible to do.

AN IMPOSSIBLE ATTRACTION is an intense, enjoyable romance with sizzle, snark, bantering, a puzzle to solve and characters who will grab your attention (one way or another) throughout Zoe and Dale’s story.  Dale’s brothers only add to the mix with the tease of that mystery as to why one brother is so set against his new in-law family… hmm, we shall see soon on that one, I hope.

I enjoyed myself, I had fun and that’s the whole point.  Looking forward to the next romance in line.