Posted May 17, 2017 by Marsha in Contemporary Romance, Series / 0 Comments 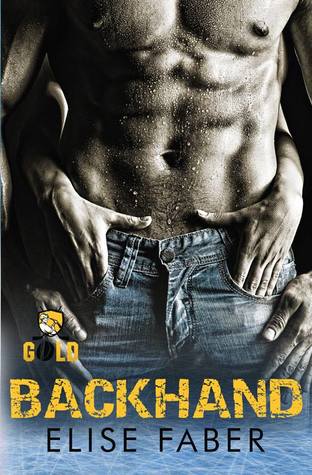 Mike Stewart is a bad boy.

Sleeping around. Boozing. Fighting with teammates.

Name a bad behavior and he’s done it—done it so well, in fact, that he almost tanked his career as a starting defenseman for the NHL’s San Francisco Gold.

But Mike is done with all that. He’s starting with a fresh foot forward and putting his past behind him.

That is, until his past quite literally reappears before his eyes.

Sara Jetty is just as beautiful as she was a decade before, but Mike hasn’t seen her since she left for her first Olympics and scored a gold medal in women’s figure skating. Now something has put shadows in her eyes, a familiar type of hurt he is all too well versed in.

This Sara wants nothing to do with him. Their easy friendship is gone and in its place is a hardened woman who’s nothing like the girl from his past.

Still, Mike hasn’t become a top defenseman in the NHL by being afraid of hard work, and he isn’t about to let Sara push him away. Come hell or high water, he’s going to crack her tough outer shell and find the sweet, innocent woman he’s lusted after and loved, in equal measure, for more than ten years.

Titles in the Gold Hockey series include:  Blocked – Backhand – Boarding and a story, Offsides, in the Block & Tackle anthology

Backhand is a story that will lay some surprises on you.  It’s an intense story that quickly moves in an unexpected direction.  I’m not a big Sports Romance reader, in truth the only ones I read are usually NASCAR related – hey, I love fast cars.  I tend to want to watch the sport rather than read about it, if that makes sense.  Yet this one got me at the blurb and I’m very glad that I went with my instincts on this one.

Mike has lived the high life as a top hockey player.  He’s done the major bad boy routine but that soon grew old.  Now he’s more into cleaning up his past life in his sport, and being someone the up and coming rookies can cone to for help and friendship.  He’s no saint, but he’s not as bad as the news stories would have you believe.  When he runs into his childhood friend and crush, Sara, he’s more than a bit surprised at the woman she is now.  Gone is the spitfire, confident young woman he loved as a teen but could never express that emotion to her.  In her place is a broken, wounded woman who barely acknowledges what they once had, at least the friendship part.  Mike is determined to not lose her again and he’ll push his way into her life once again.

Sara has known the deepest pain, betrayal and humiliation possible.  Once her dreams of bringing home Olympic Gold were all that kept her going.  With that dream shattered, and her reputation in tatters she’s lucky that she had another talent to fall back on when her world imploded.  Her art may not bring in the cheering crowds, but it is her passion and her talent today.  The very last person she expected to run into was Mike.  He’s grown into quite a famous man with his hockey career… and he’s just as stubborn as she remembers.  But Sara trusts no one now, and she’d much rather Mike let her slip into the shadows once again.  But it doesn’t look like that is going to happen any time soon.  Can she be brave enough to grab hold of what this man she’s always been attracted to is offering… can she dare to believe and trust once more?  Tough questions with difficult answers.

While Backhand is a second chance romance, it also has strong touches of suspense.  The kind that takes a story you think you understand and adds those twists and unexpected turns that change absolutely everything.  Mike and Sara’s story was so much more than I expected it to be – and I was delighted with the results.  Mentioning any of those twists and turns would involve major spoilers, so I’ll simply say that if you’re a reader who enjoys the unexpected in a story – then Backhand would be perfect for you.

I would definitely recommend this story along with the others in the Gold Hockey series.  There is always more than we know to every person’s life story and Backhand brings that fact alive loud and clearly.  A solid romance, an even more in depth suspenseful story, this one I would recommend to any Sports Romance or Romantic Suspense readers  You don’t have to have read the earlier story to enjoy this one, but it also should be on your radar.