Posted August 18, 2019 by Marsha in Connection to another series, Contemporary Romance, Series / 0 Comments 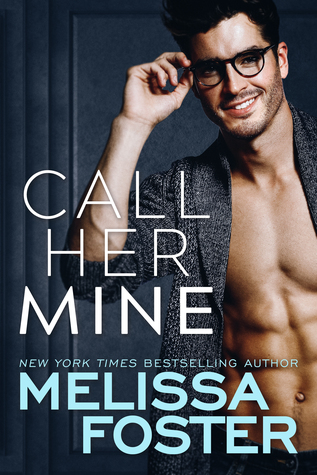 Ben Dalton has always been honest, except where his heart is concerned. He’s been in love with his best friend—saucy, smart-mouthed Aurelia Stark—forever. But Ben’s a planner, and timing has never been on his side. When he finally decides to make his move, Aurelia beats him to the punch with a move of her own—to a different town.

Aurelia loves her new life in the charming town of Harmony Pointe. She has a great apartment and her very own bookstore, and best of all, the sinfully hot, commitment-phobic friend she’s crushed on for years is no longer just around the corner. Maybe she’ll finally be able to leave her unrequited love behind and move on.

But when a baby is left on Ben’s front porch—a baby that is presumably his—Aurelia is there for him. Neither one knows the first thing about babies, but how hard can it be? Ben and Aurelia are catapulted into a world of love, laughter, and tracking down the baby mama, and it might even add up to a very happily ever after… just not one either of them expects.

Harmony Pointe has a connection to (is a spin-off of) the Sugar Lake series with crossover characters.  Do you “need” to read Sugar Lake first?  No.  But you’d be missing some great romances if you don’t check it out.  IMO 🙂

CALL HER MINE is the first story in Melissa Foster’s Harmony Pointe series (which has a connection to/or a spin-off of her Sugar Lake series).  For me, Ben and Aurelia’s romance is a 4.5-star rating which I’ll round up where that choice must be made.

Pretty much everything you really need to know about CALL HER MINE is in the Cover Description, the rest is simply my reactions to this story of friends who for some reason always seem to miss the fact that the other would love to get out of their friend zone relationship, but always believed that they would lose their best friend if they tried.

Lots of laughs out loud moments in this romance, and a few cringe-worthy comments/actions as well – those I put down to a reaction at the time, but man Ben said some stuff that would have me smacking him upside the head Gibbs style without hesitation.  Considering the situation Ben finds himself in right now it would be so easy to call him a manwhore/player.  So easy.  I made the choice to go past that initial reaction because I’ve read the Sugar Lake series, so I am aware of how Ben feels about Aurelia and I get why he won’t commit to more with anyone else.  Yet his solution of hooking up with someone every time Aurelia goes on a date is childish… and for a man so smart in the business world he really isn’t very bright about women.

Aurelia has given up on Ben ever wanting more than friendship.  It’s because of that certainty that she bought the bookstore in Harmony Pointe.  Some space between them just might be good for their relationship.  Until Baby B (Bea) shows up on Ben’s doorstep.  Life not only got interesting but so complicated with learning to parent, finding a woman who would abandon her baby, is Bea really Ben’s daughter, and what the heck do they do with their relationship now?  Lots and lots of questions – now it’s up to Aurelia and Ben to find those answers.  Oh, and fall in love with not only a baby but acknowledge their love for each other as well.

I got emotionally involved in CALL HER MINE and loved every moment of that experience.  There are characters who I first met in the Sugar Lake series that play an important part in this story (and series to come).  While I don’t believe it’s absolutely necessary to have read that series first, I do believe doing so will answer some questions – plus, it’s a fantastic series so it would be a win-win to read it if you haven’t already.  IMO

I had fun with Ben and Rels, and I believe you would as well.

I own a Kindle edition of CALL HER MINE.

« Finding Our Way Back by Marianne Rice
Marry Me, Cowboy by Lilian Darcy »