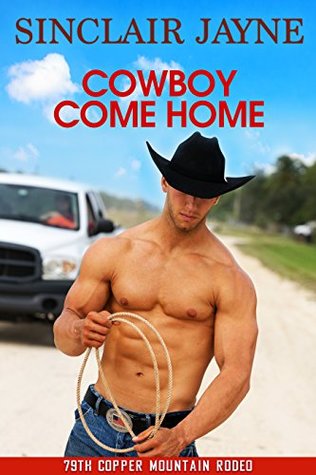 I’m frankly a bit conflicted on Cowboy Come Home, mainly with Boone.  I understood his frustration at coming from a family of a successful parent and siblings – you might even call the Telford’s a family of overachievers.  I got that he wanted to make his own mark in the career he’d chosen, yet the way he treated Piper once arriving in his hometown of Marietta was far less than stellar and not what I expect from a Marietta cowboy to be frank.  I had real trouble connecting with Boone, and even his actions at the ending of the story couldn’t save this cowboy in my eyes.  I felt Piper was the stronger, even more mature of this couple.  She went into her relationship with Boone with eyes wide open, yet she also hoped for far more from him eventually.  Still, she had a plan, a goal and even with the treatment she received from Boone at times she still held on to that dream of belonging somewhere, with someone.  I liked Piper, she got some raw deal moments from Boone… and I hope that Boone is worth it for her in the end.  Of the two, it’s Piper that I wanted to see happy… with or without Boone.

I enjoyed Cowboy Come Home, I don’t want to give a different impression – I was simply disappointed in one character but that didn’t take away from the overall enjoyment of the story.

« Maverick by Cheryl Brooks
How the Earl Entices by Anna Harrington »