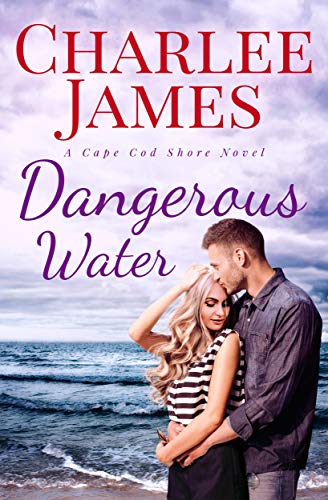 She may not be who she thinks she is…

Following her parents’ deaths, Elle Devereaux’s world crumbles. With their company bankrupt and under Federal investigation, Elle is forced to pack up a few personal mementos from her happy childhood home and discovers something that triggers a disturbing memory. Research leads her to a Facebook plea from a woman looking for her long ago abducted sister, and Elle’s door to the past cracks open. She needs answers, but will the strong, serious, and far too sexy PI who takes her case lead her to her sister or to heartbreak?

Police detective turned private investigator Gabe Sandoval is skeptical when a woman claiming to possibly be his partner’s abducted sister arrives at their firm. He’s protective of his partner, who’s about to be married, and has run interference with imposters too many times to count. His years as a big city cop bathed him in cynicism, but Elle is filled with a light that he lost long ago. As they search for answers, Gabe worries he may lose more than he finds. And the case takes a dangerous turn.

Can they find the answers before the past steals their happily ever after?

Titles in the Cape Cod Shores series include:  In with The Tide – Caught In The Current – Dangerous Water –

‘Dangerous Water‘ is the third title in the ‘Cape Cod Shores‘ series, and what an emotional roller coaster ride it turned out to be.  It’s been about two years since the previous book was released, long enough that I did a quick, skim reread of ‘Caught In The Current‘ to bring myself up to speed on the series.  I don’t often do that, yet the subject of Gabe and Elle’s romance ties in so closely with Alex and Jay’s lives that I really wanted to refresh my memory.  There are readers who feel you could read this one as a standalone, I don’t agree for the background of the previous stories really makes this one more intense – but it’s not always possible to go back to the beginning.  I would suggest reading in order, yet that’s my opinion – you do what works for you.

Elle’s life was simply crumbling to pieces before her eyes.  Her loving parents killed in a plane crash that is strongly suspected to be suicide, her family business is now under Federal investigation for things it’s hard to believe her father would have done… but most devastating of all are the memories that going through her parent’s belongings have brought back to the surface.  A suspicion that she hadn’t really been adopted but kidnapped is growing stronger each day – to the point where Elle has to know the truth and sets out in search of a woman who could be her sister, and the life she never got to live because of another’s actions.

If you looked up the word ‘cynical’ in the dictionary you’d probably find Gabe Sandoval’s picture in the description.  A former cop, now a private investigator, Gabe believes in little and trusts even less.  He has his close circle of friends, one of which is his partner and best friend, Alex who has been searching for her kidnapped sister for years.  Gabe’s diverted so many fakes, disproven claims that were paper-thin with ease, but there’s something about Elle that even though he doesn’t want to believe in her… he’s starting to.  He’ll do anything to protect his friend, but one intelligent, vulnerable, and desperate woman is about to change his world forever.

There is danger ahead for Elle and Gabe before their happy ending can begin.  The journey to get to that place is full of secrets, discoveries, danger, and finding love in the most unexpected place.  ‘Dangerous Water‘ kept me flipping pages throughout and I was completely satisfied with the answers I found and the couple who discover their own future happiness.  If you enjoy a really good Romantic Suspense element in your Romances then you’ll want to pick up not only this story but the entire series.  I was easily caught up in the mystery and the danger, as well as falling for two people who fit together so well… eventually.