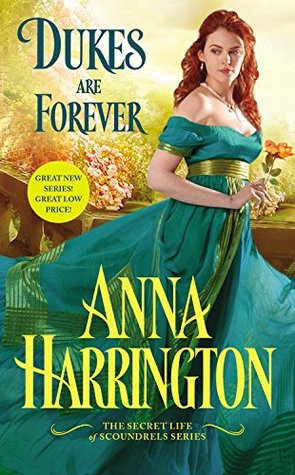 Kate loved her father, at times she didn’t understand why that emotion still held onto the roots in her heart.  In spite of everything he’s done and lost she does still harbor a fondness for the man.  But she is never giving him control of the estate that her mother left to her.  That’s not going to happen despite his constant badgering her about signing it over to him.

Now this arrogant man has taken it upon himself to take that all her father owned, including her and this estate, which was hers.  Everything was now under his rule and control.  No, that was not going to happen.  Now all Kate has to do is get the damned Duke to leave – which is proving rather troublesome as the stubborn man is set in  his opinion and in his determination.

Benton had brought about the death of Edward’s brother and his sister-in-law.  Now there is nothing that the Duke of Swarthmore will not do to ruin that man’s life.  Nothing.  If that means he takes his lands, his possessions, his estates even his young daughter – so be it.  What Edward hadn’t considered was that Kate would no longer be interested in dolls, but would be a fully grown woman with ideas, opinions and a temper of her own.

Dukes Are Forever is the charming first story in The Secret Life of Scoundrels series.  And if this story is just the beginning, I cannot wait to meet the other scoundrels.

From their first meeting Edward and Kate disagreed about, well, just about everything possible.  The one thing that they would reluctantly agree upon was the growing attraction between them.  This is a very passionate couple, so if you don’t like those scenes, skim over them, but don’t miss an amazing romance because they do get hot and steamy.

I enjoyed the sass and sizzle between Kate and Edward.  She truly wants to be no man’s plaything, she wants to be a healer, even if it is a career closed to mere females.  But if she can manage to heal one man, one very stubborn, one very much loved man then she would be happy.  This is a couple that will give you sighs both of annoyance and happiness.  Very realistic characters, lovely word pictures, all of this brings Dukes Are Forever to a definitely recommend novel that I believe any Regency Romance reader would love.

*I received an e-ARC of Dukes Are Forever from the publisher and NetGalley in exchange for an honest review. That does not change what I think of this novel.*

« Should’ve Said No by Tracy March
Christmas Romance 2015: Places To See by Multi-Authors »

2 responses to “Dukes Are Forever by Anna Harrington”