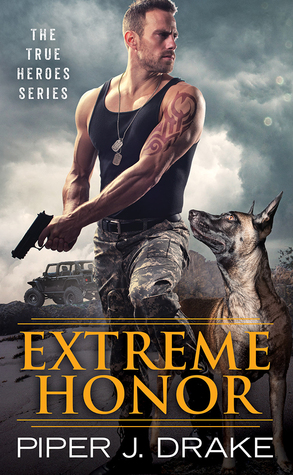 Atlas lost his partner during combat.  Now he’s back at Hope’s Crossing Kennel for rehabilitation, to bring him out of the doggy depression that seems to have overcome him.  His handler is dead and Atlas doesn’t understand why he’s been abandoned (in his doggy mind).  I adored Atlas, and I truly felt for this amazing dog who has had his world upended and is trying to cope as best he can.  As a dog owner, I’ve witnessed a dog grieving his person’s death – and it is indeed mourning.  Dogs are pack animals and once you are part of their pack you are in for life.

David and Lyn didn’t exactly get off on the best foot possible at their first meeting.  When Dave didn’t know this dog whisperer was being brought in for Atlas – and the dog immediately responds to her, he’s not the happiest camper at the kennel.  Yet they both care about this brave pup and will do everything possible to help him, even work together if in slightly different ways.

There are secrets all over the place as well as two people not being totally forthcoming with each other. Lyn has a history that borders on abused, doesn’t quite get there but emotional browbeating is close enough to erase that line for me.  There is a reason she has the attitude she gives off and why she’s so reluctant to act on the obvious attraction between her and Dave.

Dave wants answers.  He’s suspicious of most people around Atlas, especially since there have been threats toward the recovering dog.  If only Atlas could speak, he’d clear up a lot so much faster than the humans do.

I enjoyed Extreme Honor very much.  There was a good world building involved that helped establish both this story and the ongoing series.  I’m definitely looking forward to the next story.  I found David and Evelyn’s romance to be believable – not everyone’s romance is going to be smooth without the pesky past getting in the way of trust, so their issues made sense to me.  I might have wanted to shake them a bit, but still I got it.

Overall, Extreme Honor was a fun read, romantic, heartbreaking at times with enough mystery to add to the questions that everyone needed answers to.  But I have to admit that Atlas was my main hero here – I simply love that pup.  I would definitely recommend this one for readers of Romance, Mystery and certainly dog lovers.

*I received an e-ARC of Extreme Honor from the publisher, Forever and NetGalley in exchange for an honest review. That does not change what I think of this novel.*