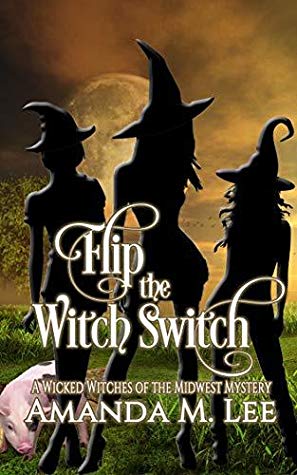 I have had such fun with the Winchester witches since the beginning of this series.  It’s fun to see how everyone has changed a bit, grown a little, yet still continue to be snarky when necessary – I simply love this series.

FLIP THE WITCH SWITCH not only moves the overall story of this family forward with some coming changes but takes us back to way before with a new mystery to be solved.

I loved the addition of Peg.  She definitely sends a message.

I know that eventually, all series come to an end – I just hope that is far in the future for this one.  If you love a really good Paranormal Cozy Mystery then you need to check out this series.

(Unfortunately, many of the reviews I did on this series were on a blog that no longer exists.  Rather than go back to the beginning, I’ve just picked up where I left off in the series.)