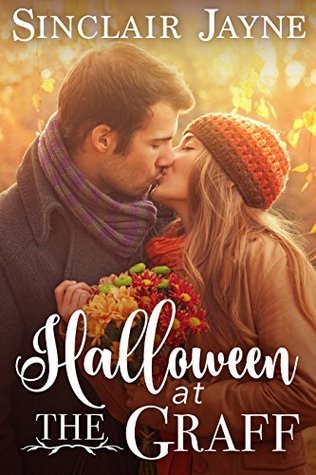 Halloween at The Graff begins the Holiday at The Graff series written by various authors.  I enjoyed Walker and Calum’s story, I do need to say that at times I was torn about Walker.  Life changing events have happened to her in the last year.  Her reputation and political career in tatters, tossed under the bus as a sacrificial lamb, her discovery of what a cheating jerk her was going to be groom truly was, and the decision to move far from DC to the wilds of Montana… and the possible homestead of part of her extended family.  Yes, life sucks and she’s in hiding far away from anyone who might know her and using her mother’s maiden name.  She’s trying to build a new life with half-truths and the intention of leaving in six months.  She’s running and hasn’t stopped running.  I really wanted to like Walker, and eventually I did… once she stopped thinking, thinking, thinking so much.

Calum has ridden the ghost hunting show of his creation for a very long run.  Yet now he’s ready for something else.  He’s grown tired of the extras that go with making his show.  He still enjoys the chase, sometimes, but now it’s time to wrap it up with his Halloween special.  He’s in Marietta to visit with a friend, a man who had been with him back in the beginning of their ghost questing when he gets an interesting email.

I enjoyed Halloween At The Graff.  The ghost story was left unfinished in my mind, unless I missed it.  Yet the overall story was fun and entertaining.  It’s always fun to run into old friends in Marietta and that we did with Sage, the Wilder brothers and their ladies… and perhaps a few secondary characters who will have their own story told one day.  Lookin’ at you Shane.  I had fun, I was entertained and that’s the whole point.  If you’re addicted to small town Marietta then you’ll want to get started on this new series.  I’d definitely recommend this one to anyone who enjoys holiday themed stories, interesting characters and a touch of mystery.