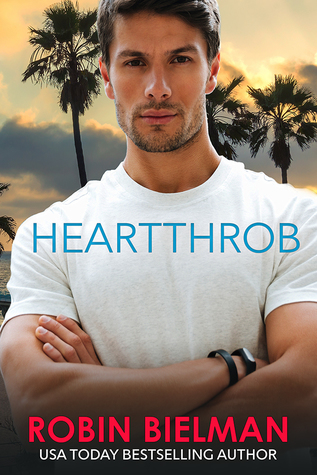 Let’s just say that Finn has had a really bad day at the office.  Unfortunately, that office is a ballfield and his bad day has an effect far beyond himself.  He might have insulted the umpire who will one day play a more important part in his life, he might have left another player with a significant injury and he just might have missed a really, really important play.  To say that Finn went verbally ballistic that day might be an understatement – and now his team is bringing in a professional to clean up his damaged reputation.  On that day, Finn would have the beginning of a very good life, if he can convince the lady that he’s the cure to her curse.

HEARTTHROB has me officially hooked on this series, I want them all like yesterday.  I loved these characters, they are so human and believable.  Bad days really do happen.  And at times it seems that our love lives are truly cursed.  So, yeah, I got both of their perspectives on life.  Watching Finn convince Chloe that it’s not her, it’s simply that she was waiting for the right guy to come along – namely, Finn Auprince – was a delightful, completely enjoyable journey.  Secondary characters often “make” a book for me since no one really lives in a bubble.  And the other characters added charm, humor, a bit of drama and made this story even more realistic for me.  I’m looking forward to more stories in the American Royalty series simply because I want more of these characters and the next couple to find their happiness.  I had a blast, fell in love with the characters and discovered a really good story.  If you love sports related backgrounds in your romance, plus simply love a good love story then you’ll want to pick up HEARTTHROB and be on the lookout for SWEET TALKER coming to us soon.