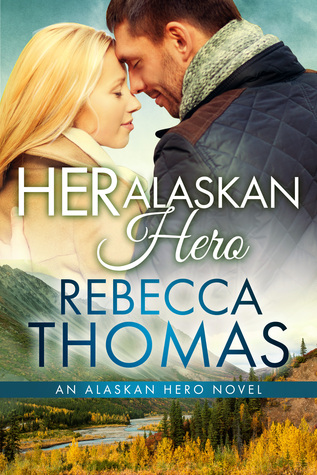 After being left at the altar, California girl Sabrina Tate needs to make a fast getaway. With her famous overbearing parents and the paparazzi hot on her heels, where else is a jilted bride to go to lick her wounds but Alaska? With only her tropical honeymoon clothes in tow, she makes her escape. For two weeks, she’ll live on her own and prove to herself—and her family—that she can make it without a husband.

Zak Forrester is a man on a mission. He’s turned his rugged yet luxurious Alaskan lodge into a hotspot for hunters, all in the hope to make up for a painful event in his past. But when Sabrina—one of the rare women to enter his rugged realm—stumbles into his world, he can’t get rid of her fast enough. He has no time for her yoga, vegetarian meal requests, or Scrabble.

Soon, neither can resist the other, and two hearts collide. With time ticking away, they have to decide where they belong. Is a life in a different world better than being a world apart?

Read on for my thoughts on Her Alaskan Hero.  No true spoilers, promise.

It’s one thing to have second thoughts on your wedding day – it’s another when your intended groom sends a note calling the whole thing off.  Sabrina knows the media frenzy and the family drama that discovering her jilted at the altar will cause.  She’s not sticking around to find out.  Sabrina is heading to Alaska, totally unprepared in so many ways for the beautifully rugged state – and equally unprepared for Zak.

Zak has become the unofficial head of his family.  His lodge is a mecca for hunters and not intended for beautiful California girls… unless they’ve come for the hunting.  Sabrina simply wants to escape, to be real and prove to herself that she can live life on her own – no man needed.  Until the ruggedly handsome Zak gets under her skin and she begins to see more than just the beauty of this completely foreign to her state.  Being jilted just might have been the best thing that happened to her since it brought her to Zak – now she just has to prove that she’s woman enough to blend in with his life.

Her Alaskan Hero is a delightful tale of opposites attracting, discovering exactly who you are and finding that person who makes it all worthwhile.  I would consider this novel to be a “clean” romance with fade to behind closed doors at times, but don’t let that give you the impression that there are not sparks a plenty between these two.

The first story in Ms Thomas’ new series Alaskan Hero series,  Her Alaskan Hero is the story of two people who are so different that they shouldn’t work, but together they fill up the spaces and are perfect for each other.  I would not hesitate in recommending this story to anyone who loves romance, and finding out that what you thought about yourself is totally different than what you discovered.  Give this one a chance, I think you’ll enjoy Sabrina and Zak’s journey.

*I received an e-ARC of Her Alaskan Hero from the publisher and NetGalley in exchange for an honest review. That does not change what I think of this novel.*

« Rescue Me, Maybe by Jackie Bouchard
Because of You by Kristina O’Grady »