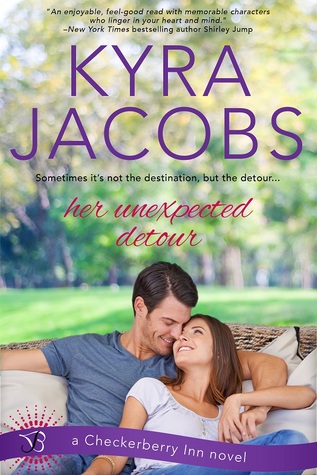 Bad things happen to good people.  What doesn’t kill me only makes me stronger.  Why do all the silly cliches run through our heads when the bad stuff hits the fan?  Kayla didn’t do anything wrong.  She wasn’t the one who pulled that ridiculous switch or prank.  So why was she the one on suspension?  How come she got the blame for someone else’s actions?  Nope, life wasn’t fair.

When Kayla makes a split second decision to head for her brother’s place it might have been a good idea to check the weather reports first.  Just one more thing on a list a mile long of what’s gone wrong.  Skidding off of the road in an ice storm shouldn’t have been a blessing in disguise.  Even if her rescuer was a handsome, sexy guy with the attitude of a rabid dog, it could have been worse, right?

Brent simply wants the world to leave him alone.  How much pain and heartache is one man supposed to be able to handle.  Too much.  When Brent rescues Kayla during an ice storm the last thing he expected to discover was this strong attraction to a woman who obviously didn’t think too much of him at the moment.

Her Unexpected Detour is more than a light, charming love story of two people who the world has treated badly.  Beneath the hot and fast attraction this couple has for each other lies some serious emotional damage.  Like the layers of an onion, events are slowly peeled away to show us the core of these people who expect little but pain and heartache from the world.  Acting on that attraction might have surprised them both, but if they can see past the hurts they just may find that bad stuff happens to anyone but the strong survive to love again – when the right person comes along.

I enjoyed this first novel in the Checkerberry Inn series very much and I’m looking forward to continuing with future visits to the Inn.  I am a sucker for secondary characters as they can add so much to a story, make it all more realistic and believable.  I was delighted with the people who populate Her Unexpected Detour.  And if I have my fingers crossed for future stories, I’m not telling.  🙂

A fun and charming love story with some serious undertones, I would recommend Her Unexpected Detour for any reader who loves a good romance with layers of emotions to discover.

*I received an e-ARC of Her Unexpected Detour from the publisher and NetGalley in exchange for an honest review. That does not change what I think of this novel.*