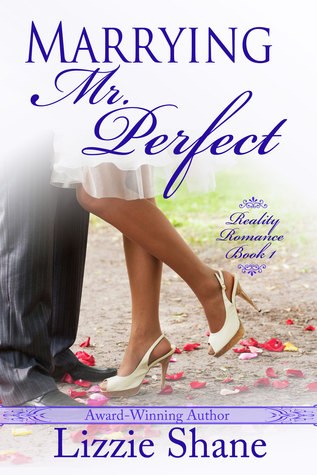 Lou has turned into the perfect wife and mother.  Well, sorta.  She is neither Jack’s wife nor mother to his two adorable kids.  Yet, since his wife’s death four years ago, well she’s kinda been accepted by everyone they know as the stand-in wife and mother figure.  It would be laughable if Lou wasn’t so in love with Jack – and Jack so oblivious to that fact.

When a mutual friend who is a producer for a reality dating show puts a little question in each of their ears, she gets the results she wants.  While Miranda may actually think she has Lou’s best interests at heart, Jack is certainly the perfect solution for a problem of her own that needs solving fast.

Low had been so certain that Jack would never do it that she gave Miranda the go ahead to try to convince him.  He’d never go for it, never in a million years – unless he thought he’d be doing this for Lou’s own good.

Marrying Mister Perfect is a fun trip down reality dating lane where perfect has little to do with what’s happening.  Yes, there had always been an attraction between Jack and Louisa, but neither one acted on it.  Why mess up a best friend relationship over something that might ruin everything?  Yet, Lou is incredulous that Jack would actually put himself through a reality dating show.  And then hurt and perhaps a bit mad that he did.  More like he couldn’t see what was right in front of his face these past four years.

Jack’s experiences with reality dating for national broadcast provided the laugh out loud moments.  Lou’s realization that she might lose him and the kids brought the sadder side.  It took Lou a while to stand up and go after what she’d wanted all along.  And once Jack realized that what he needed was already at home he did his best to fix everything.  When you’ve already found your own personal reality romance at home, you don’t need to look further.

I enjoyed Marrying Mister Perfect.  it was light hearted, definitely emotional and a fun peek into the “backstage” of the reality shows we’ve come to have a love-hate relationship with over the years.

« Devoted In Death by J. D. Robb
Ghost of You by Kelly Moran »