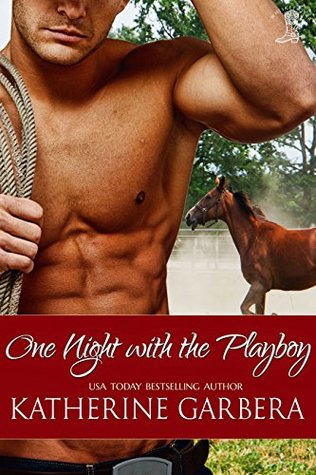 Barrel rider Reba Duvall has been crushing on Nick Blue since the moment they met, but she kicked him to the friend zone to keep her heart from being bruised and battered by the charmer… until they turn to each other for comfort when their best friend dies. Reba knows it’s for one night only, but still, it hurts to wake up alone. But it turns out a memory is not all Nick left her with…

Nick Blue never guessed his father was one of the richest men in Texas. Or that he’d have to live in Whiskey River with two unknown brothers for a year to inherit his share of the family property. But hey, stranger things have happened, such as bumping into his friend and one time lover in that same town… the one he hasn’t been able to stop thinking about all this time. But running into Nick is not an accident. Reba has a plan. She wants baby Martina to know her father.

Reba may not know what she wants from Nick, but it sure isn’t a half-assed marriage proposal and sharing a luxurious bedroom at Kelly Ranch. She plans to keep things platonic. Can Nick convince her she needs more than one night with the playboy?

Read on for my thoughts on One Night with the Playboy.  No true spoilers, promise.

I have to admit it, I am really sorry to see the Whiskey River series come to a close.  Oh, I knew it would but is it wrong for a little bit of me to hope that we get to revisit Whiskey River with a few of the still unattached folks in town?

One night can change your world.  On the night when their best friend Marty was tossed from that loco bull and finally met the bull he couldn’t beat Nick and Reba’s world came crashing down.  With Marty’s death everything changed.  And they came together that night in passion and grief… and love on Reba’s part.  The next morning, not knowing what to do with these emotions flowing over him as he watched Reba sleep, Nick did what he does best – leave.  Oh, he came back, but Reba had already left.  Soon after that came the will of the father he’d never known, two half-brothers, a new life and a decree to remain on the ranch together for a set time in order for any of them to inherit from their father.  Life changed for Nick in many ways months back.

Now, it’s about to change again.

Reba has been searching for Nick for almost a year now, to suddenly see him in the town square on a moonlight night was a surprise she’d only dreamed of.  They have something to talk about – it was time he met his four month old daughter, Martina.

Nick and Reba’s romance was fun, lighthearted, sexy and intense all rolled into one.  The man who never had a dad now was expected to know what to do with this precious little girl of his.  He was scared.  Oh, the passion for Reba was still there, hotter than before if that was even possible.  But could he give of himself as he knew he had to in order to win Reba’s heart and a family of his own.

I hope you’ll pick up One Night with the Playboy.  If you haven’t read the Whiskey River series, then I’d highly recommend each and every story.  You will discover strong men who happen to share a father – and watch them become true brothers who find the exact woman for each of them that complete their world.  You couldn’t ask for a more romantic series with hot cowboys and the ladies who love them.  These are stores I intend to drag out again and re-read so they will always have a place on my ereader keeper shelf.  Indulge yourself and fall in love.

*I received an e-ARC of One Night with the Playboy from the publisher and NetGalley in exchange for an honest review. That does not change what I think of this novel.*