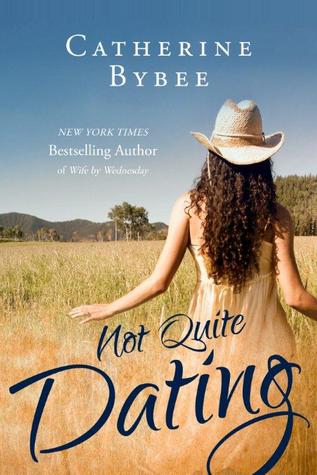 Waitress and single mom Jessica “Jessie” Mann is practical to a fault. Even if she had time to date, which she doesn’t, she’d be determined to provide her son with a more secure upbringing than the one she had—and that would mean a husband with big bucks. When Jack Morrison—a sexy-as-sin, seemingly broke customer with a cowboy hat and a seductive grin—tries to flirt with her, she shoots him down. She doubts a carefree dreamer like Jack can provide the financial stability she needs. Yet with Christmas just weeks away, and Jessie not wanting to spend it alone, the charming Texan is proving hard to resist.

As the heir to the Morrison luxury hotel empire, Jack is used to being fawned over. But Jack needs someone who will fall in love with him—not his wealth. He’s set his sights on Jessie, though her hardened heart just might get in the way…To be sure, he conceals his true identity and offers to help Jessie find the rich husband she seeks. But Jack’s daring charade may rob him of the holiday wish he wants most of all.

Read on for my thoughts on Not Quite Dating.  No true spoilers, promise.

Not Quite Dating is a fun, sexy, delightful beginning to a series that I’m looking forward to getting caught up in.

Jack is tired of being wanted for his bank account or his family connections.  The plastic women he’s been dating are more concerned with his wealth and what being seen on his arm can do for them… not at all what they can give to him.  He’s reached a point in his life where he just wants to be loved for the man he is with all the expensive trappings stripped away – maybe that’s why he took such a risk with Jessie.

Jessie is a struggling single mom.  She’s not interested in a man who lives off of his friends, has no real job and has only dreams for the future.  She believes in the saying, “It’s just as easy to love a rich man as a poor man.”  And she’s on the lookout for that rich man who can provide for her and her son.  Jessie is not willing to waste time on losers and dreamer any more – that’s gotten her one good thing in life, her son, but it’s not the life she wants for either of them now.

Jack and Jessie are actually perfect for each other.  He’s rich, she’s looking for love with a rich man – but Jack wants one thing more, to know that the woman he falls in love with would love him, just him without the money.  So while they both are attracted to each other, Jack will try to find a “rich” man for Jessie all the while wooing her with his own charms and making it difficult for her to pick anyone else but him.  Trouble is, in the process Jack will bend the truth until it squeals and his lies and almost truths may cost him the woman he loves in the end.

I enjoyed Not Quite Dating very much.  Oh, there were times when I wanted to shake each of the main characters but the tension and the stubbornness were part of the discovery of who they really were.  And I had the advantage of knowing both sides of the story… Jessie didn’t.  The story is full of charm, the characters are realistic even at their most bullheadedness.  Jack and Jessie deserved to be happy.. together.  It is a rocky road to that happy ending but the trip was so worth while.

Looking for a fun read, lively romance and a solid story?  Then this one might just be what you’re looking for.

Tags: Catherine Bybee, Contemporary Romance, Not Quite #1, Not Quite Dating

« Caught Up In The Past – Books That Is
Review: Not Quite Mine by Catherine Bybee »