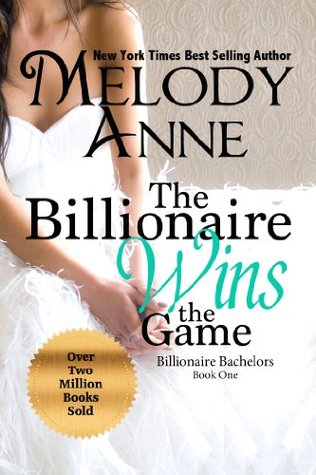 There is really no need for me to give you a teaser lead-in to this review as most of what I’d tell you is already in the Cover Description of this story.  So that leaves me clear to tell you about the emotional story and how I reacted to it.

I absolutely love and adore Joseph Anderson and want to adopt him as my Santa Claus – like grandfather.  He’s a billionaire, a successful businessman, and a determined matchmaker for his sons.  And a force to be reckoned with.

Lucas and Amy work well together as a couple.  There is definitely the spark and sizzle that good couples need to make me care one bit about their future together.  And let’s be real here, there are times during this story that Lucas comes off as well, an ass.  A rich and powerful one but definitely a man who expects his life to run a certain way and he gets all alpha male when it doesn’t.  He’s accustomed to having women fall at his feet, seeing not much more than his and his family’s assets and not the human man.  So, while the attraction he feels toward Amy is very real, he’s going to fight it every step of the way because he cannot see beyond his own arrogance.

Amy is a sweetheart, but do not let the outer beauty fool you into thinking she’s willing to be walked over.  Nope, not gonna happen.  She has struggled her entire life to better herself and no man is going to boss her around or tell her what she’s going to do.  Lucas is a sexy, attractive man and she’d have to be blind not to see the sparks flying between them.  When Amy and Lucas give in to that attraction, one night changes everything.

The Billionaire Wins The Game is a fun and charming story.  I enjoy Lucas and Amy’s story very much.  The secondary characters are warm and interesting – look for the other brothers to have their own stories as well.  Joseph is not done matchmaking.

The Billionaire Wins The Game is available in paperback, audio and for the Kindle