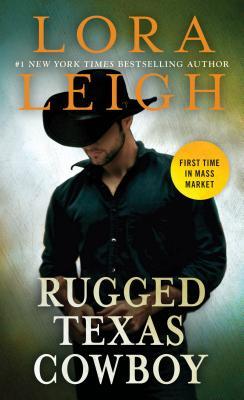 To be clear from the beginning, both stories within Rugged Texas Cowboy (Cowboy and The Captive, Cowboy and The Thief) have been previously released – this edition has been re-edited, revised and added to.  It is a personal nitpick of my own to discover that I already own combined or revised stories, so if you’ve read either of these stories before be aware that there are some changes but still the same basic stories.

I enjoyed both stories in Rugged Texas Cowboy, but I will admit that I liked Cowboy and The Captive more simply because I liked the characters and the situation more… a personal preference really.  I understood Luc’s need to go after Maria, he simply didn’t know that he was dealing with twins and that the wrong twin for revenge was the one in his control.  I felt more for Melina because she was her family’s scapegoat, they could not or would not see the destruction that Maria left in her wake – and Melina had already  paid the price for Maria’s actions once, that was one time too many.  Luc and Melina are definitely hot and steamy, and I enjoyed this enemy to lover story very much.

While Cowboy and The Thief is slightly connected to the first story, I never felt I had to read both to get an entire story.  Angel had been counting on receiving her mother’s heirloom and when her father sold it she was furious.  Now she’s determined to get it back no matter the cost – even when it seems the legend is fulfilling its prophecy quite nicely by leading her to Jack.  Also hot and steamy, with a likable couple, I simply connected with the first story better.

If you love some steamy cowboys then you’ll enjoy Rugged Texas Cowboy.  I’d recommend this double story book to any Romance reader who enjoys fiery characters and a good story.