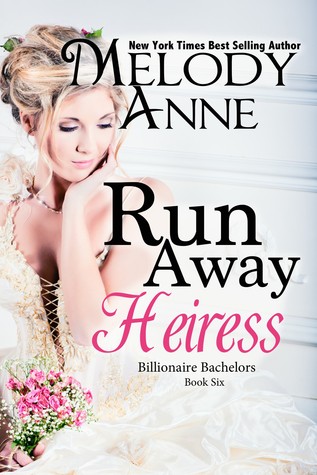 Bree is so very tired of being surrounded by macho, overbearing, always right even when they’re wrong brothers… and relatives…and meddling matchmakers.  If she doesn’t escape soon Bree swears she is going to choke on the testosterone levels surrounding her.  She loves her family, she knows deep inside that they love her and want the best for her — but enough already.  She wants, no needs to live her life her way.  So she’s taking off and not looking back, for now at least.

Joseph and George are indeed up to their matchmaking meddling once again.  The know the perfect man for Bree, now they just have to get them together and let them discover that fact too.  Chad is not only Mark’s best friend, but has been taken under the wing of the Anderson family for years now.  Chad recently retired from the military, from assignments that he could no longer stomach.  Yes, he was good at what he did – he simply could no longer live with what that was.  He’s watched the match making for some time now and vowed that he’d never be caught in the meddling twosome’s trap.  Until he met Bree, until his heart got involved, until he fell in love.

Unknown to Bree is one frightening fact.  For some time now her family has been receiving threatening letters about her.  They have grown in anger and in the tone of the wording and now she is in serious danger.  But, she’s not at home under the protection that her family can provide.  So Chad is asked to go to her and protect her from a stalker that may have reached the height of his madness concerning his obsession with Bree.

Bree is furious, Chad is determined.  Yet, neither one can ignore the attraction that is as sudden and as hot as a desert day.  When love is right, and returned and sane it’s a precious gift.  When obsession is confused as love it becomes a deadly, dangerous game.

Runaway Heiress is as charming, detailed and entertaining as all of the Anderson stories have been.  But this one holds a bit more danger, darkness than expected.  In a family as rich as any of the Andersons, you’d expect there to be outside threats, yet that has not been mentioned much – now it’s right in our faces.  And the reality of danger, love, friendship and betrayal are as real as the love growing between Chad and Bree.  I haven’t claimed to love one story more than another in this series because, truth be told, I have enjoyed and loved every single one.  This one felt a bit more intense for different reasons.  I was totally caught up in the story, captivated by the romance and on edge about the danger.  In all, Runaway Heiress is an extremely satisfying story – one that I hope you’ll take the time to discover for yourself.

The one wonderful thing about novels is that it matters not one bit when they were published to completely enjoy the story.  I don’t care if a novel was published yesterday or a hundred years ago.  It’s the tale that matters, the people that come to life on the pages.  The story is the thing, and yes these novels have been out for a few years now – that has not diminished the wonderful stories within the pages one tiny bit.