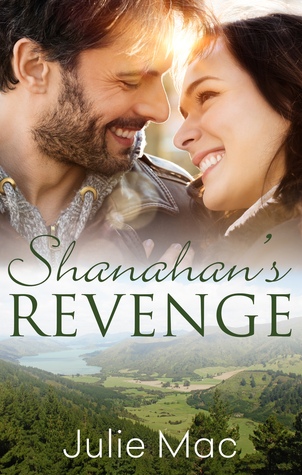 When the CEO of one of New Zealand’s biggest companies steps down, heir apparent Kate McPherson and Australian outsider Sam Shanahan are left fighting for control of McPherson & Co.

But Sam hasn’t just travelled to New Zealand for business. He’s there to avenge the wrongs done to his mother three decades ago, and he’s determined that no one—especially not his beautiful arch rival—will get in his way.

Poised to take over the company from her father, Kate has fought hard for her success and will do anything to defeat the stranger who’s after her job—no matter how strong the chemistry between them.

Sam and Kate are driven apart by ambition and drawn together by fiery attraction. And between them sizzles a family secret that threatens to blow Kate’s world apart.

Read on for my thoughts on Shanahan’s Revenge.  No true spoilers, promise.

Sam intends to right a wrong done decades ago.  He didn’t care who he stepped on – who he upset – or who got hurt along the way.

Until he got to know who Kate really was.  No.  The attraction between them didn’t matter.  He had a purpose in getting the position at McPherson & Co. and nothing was going to change his plan.  She’s strong, she’ll survive.  But would his heart or his conscience?

Kate had known her entire professional life that one day she’d take over the reins of the family business.  She’d paid her dues, she’d worked hard to get to this point where she had the skill to take the title of CEO.  Until Sam showed up.  Now they were in a battle for that prize position.  It didn’t help matters any that there was this thing between them, this sizzle or attraction or plain lust, no matter what it was it was making everything worse.  And she simply could not allow that position to go out of the family.

Shanahan’s Revenge is only about 135 Kindle pages long, so we get into the basics of the story pretty quickly.  The attraction is strong between the main characters, an almost in your face obviousness.  That neither one really wanted that attraction at first was also obvious.  But fate, and a family member, had a determined plan that kept them in each other’s space often.

I enjoyed the story.  There are a couple twists that I don’t feel I can talk about as they would be spoilers.  But there are secrets, and they play heavily into why actions are taken.  This was a quick, enjoyable read – one that I would recommend.

*I received an e-ARC of Shanahan’s Revenge from the publisher, Escape Publishing and NetGalley in exchange for an honest review. That does not change what I think of this novel.*