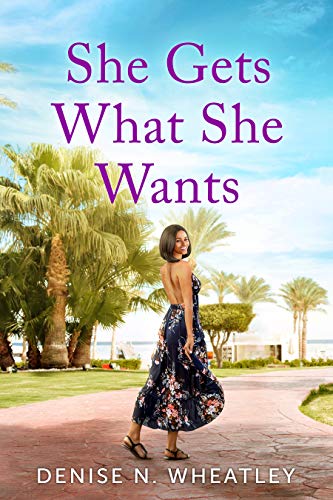 She Gets What She Wants begins the Fearless Fairytale series with a story that will touch your emotions, as well as deliver a smile or chuckle along the way.  I loved the way we get to see Devon’s growth as we meet her before that ugly duckling gets the chance to grow into a beautiful swan.  I will always be drawn to a fairytale retelling in a modern setting and that’s part of what you’ll find here… but certainly not all to be discovered.

Devon has dreams that she’s hiding close to her heart, she wants more out of life than she’s seeing right now but that push, that drive, or even that chance hasn’t happened… yet.  When the one person she expected to find support for her dreams makes hurtful comments, well, perhaps that was the final straw.  Devon is certainly used to being overlooked, overworked, and underappreciated at work and it seems by friends as well.  That chance comes along at exactly the right moment.  Determined to live her dream, to believe she’s capable, and to reach out for what she wants in life, Devon will leave small-town Indiana and head for Hollywood.  Dreams often take hard work to achieve, and Devon’s about to get to work on her dream.

I enjoyed She Gets What She Wants so much.  It’s certainly not fun to come to realize that people you thought were friends were actually holding you back from reaching for what you desire most in life.  That was a hard moment for Devon, but if I can be proud of a fictional character then I was so proud when she took her talent, herself, and headed to the one place that she could achieve all that she is now driven to prove… to them, and to herself.

I had fun with the Hollywood set where people were just being people doing their jobs – no backstabbing, some gossip oh definitely, but every workplace has that going on.  I wanted Devon to get her dreams, to find the man who would love her just for herself, so I can easily say that I loved this fairytale retelling.  Oh, there are bumps and potholes, but every road trip will have those – it’s how we deal, how we learn that makes all the difference in the outcome of the journey.

Which man did Devon decide was just right for her in the end?  You should pick up She Gets What She Wants to find out for yourself, I’m not about to deny you a great story by telling.