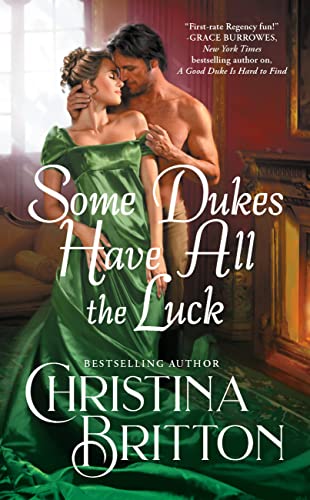 Ash Hawkins, Duke of Buckley, no more wants to marry than he wants a stick in his eye. As the owner of a gaming hell, he is all too aware the odds of a happy marriage are against him. But raising his three rebellious wards alone is proving more than he can handle. He needs to find someone who stands to benefit from a marriage of convenience as much as he does. Someone logical, clinical, and rational. And in a stroke of luck, he quite literally stumbles over just such a woman.

After years of ridicule for being more interested in bugs than boys, Bronwyn has accepted that she’ll never marry for love. Her parents, however, are threatening to find her a husband. Bronwyn doesn’t need any scientific research to show her Ash has secrets. But his proposal would give her the freedom to continue her entomology research and perhaps finally get published. Just as long as she can keep her mind on her work and off his piercing eyes, broad shoulders, and wicked, wicked tongue.

I had such a delightful time with Bronwyn and Ash in Some Dukes Have All the Luck which begins the Synneful Spinsters series (a spin-off series from the Isle of Synne).  I’m not a big fan of bugs, but Bronwyn certainly is and because of that fascination with insects she’s put herself on the shelf never believing that love could be in her future.  Her parents don’t really care about the love part, she will marry or they will find a husband for her.  Ash has need of a wife, one who is logical, not prone to take up his time, and certainly not one that he’d fall for in any sense of that unlikely emotion of love.  No, he has three wards who need someone to watch over them as he has no clue how to… and Bronwyn will do nicely.  Just as long as he doesn’t do the one thing he’s vowed not to… fall for a lovely woman for a true lifetime of wedded bliss.

Some Dukes Have All the Luck quickly drew me into a story full of laughter and tears, triumphs and failures, some nasty people, definitely sizzling moments, and two people who really worked as a couple in spite of their vast differences.  The story drew attention to some darker subjects and treated them with respect, it also showed us the lighthearted moments in a relationship which is what keeps me coming back for more from this author time and time again.

If you love a romance that delves beneath the surface of the time addressing timeless situations with compassion, a couple who while far different can meet on the way to love, some shenanigans from youngsters, and a love that feels very strong from the start, then this one is perfect for you.  Now comes the wait for the next title in the series to be released.  I loved returning to the world of Synne, and I believe you’ll enjoy your visit as well.

Available in print or e-book