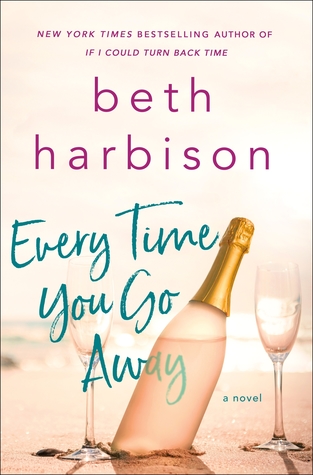 Willa has never fully recovered from the sudden death of her husband, Ben. She became an absent mother to her young son, Jamie, unable to comfort him while reeling from her own grief.

Now, years after Ben’s death, Willa finally decides to return to the beach house where he passed. It’s time to move on and put the Ocean City, Maryland house on the market.

When Willa arrives, the house is in worse shape than she could have imagined, and the memories of her time with Ben are overwhelming. They met at this house and she sees him around every corner. Literally. Ben’s ghost keeps reappearing, trying to start conversations with Willa. And she can’t help talking back.

To protect her sanity, Willa enlists Jamie, her best friend Kristin, and Kristin’s daughter Kelsey to join her for one last summer at the beach. As they explore their old haunts, buried feelings come to the surface, Jamie and Kelsey rekindle their childhood friendship, and Willa searches for the chance to finally say goodbye to her husband and to reconnect with her son.

END_OF_DOCUMENT_TOKEN_TO_BE_REPLACED

Tags: Beth Harbison, Every Time You Go Away, Women's Fiction