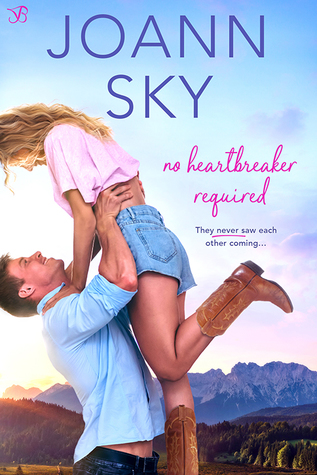 When an avalanche crushes her world, Olympic hopeful Starr Taylor loses her job, her boyfriend, and worst of all, her confidence. She’s working on getting her life back together and moving forward, and it certainly won’t be with Spencer Kensington, the far-too-attractive playboy lawyer she’s forced to play nice with at their friends’ wedding. Unfortunately, Spencer’s trip to Reno gets extended unexpectedly, and Starr suddenly finds herself way too close for comfort with the man she’s quickly realizing is more than he appears.

Spencer is a tough, no-nonsense New York businessman with a no-commitment rule in the bedroom. But a few days of living with Starr, feeding goats and helping her save troubled teens, has him feeling something he can’t identify. In fact, the more Spencer gets to know the surprisingly vulnerable and tempting woman, the duller his superficial life in the city starts to seem. But everything he’s worked for is waiting for him, and as Spencer’s flight back home grows closer, he’s left wondering if the life he has is really the life he wants.