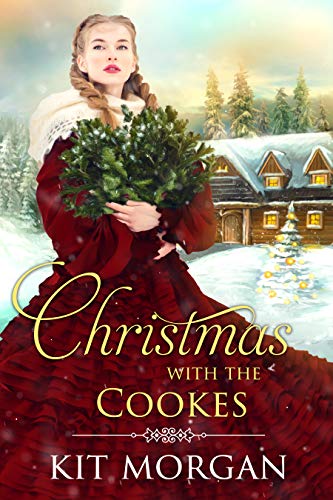 A girl who isn’t what she seems …

Lorelei Carson was different, always had been. She had a tough life and her chances of finding love were next to zero. She worked three jobs, barely got her first apartment, and was still enduring the lashing tongues of bullies from high school. She’d hoped once she moved out of her foster parents’ home that it would stop, but it only got worse. In fact, what was supposed to be the best night of her life became the worst when a borrowed dress is ruined and the shoes that went with it are stolen! Little did she know, her troubles had just begun.

Jefferson Cooke, the eldest son of one of the famous Cooke brothers of the Triple-C Ranch wasn’t looking for love. Why bother when there were no young women around to marry? If he wanted a wife, he’d have to send for a mail-order bride and the thought didn’t appeal to him. In his mind, it was far too risky. His situation, therefore, was hopeless. Little did he know a prospect was about to show up and wearing a funny pair of shoes to boot! But that’s not all that was strange about the young woman put into his family’s care. No, there was more to her than meets the eye and Jefferson was about to find just out how much. But can two people from two different worlds find love? A better question is, can they fight it?