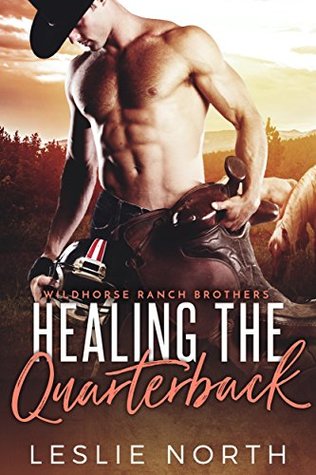 Charlie Wild knows how to score. On and off the field he’s been a force to be reckoned with since his father taught him how to throw a spiral in the back pasture of Wildhorse Ranch. But a recent injury calls into question his ability to play football and points a finger at his wild child reputation. He’s been given an ultimatum: overhaul his image by renovating his hometown hospital or get off the field.

The last thing Dr. Dylan Rose needs is yet another man telling her what to do and certainly not what to do with her hospital. She’d left Houston and the sports stars she’d fixed there, tired of watching big bulky men beat each other up for fun. So when Charlie Wild limps into her hospital she wants nothing more than to fix his hot body up and see that great ass walk out the door.

Charlie is taken by the sexy doctor. Her sweet smile hides a sharp tongue that he enjoys baiting just about as much as he loves kissing it. He’s on board for following her prescriptions and more than willing to teach her new ways to score in the sheets. But when it comes to the final seconds of this play he’s going to have to decide what is more important: The doctor he’s learned to love, or the game he just can’t quit…

Titles in The Wildhorse Ranch Brothers series include:  Breaking The Cowboy’s Rules – Healing The Quarterback – Stirring Up The Sheriff