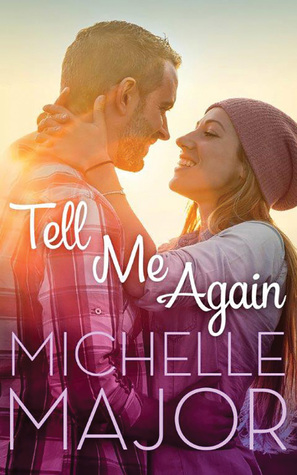 As a teenager, Samantha Carlton used a career in modeling to break free from her painful childhood—walking away from her reckless twin sister, an alcoholic mother, and the boy she loved. Yet she never outran the guilt of abandoning her family. When the past shows up on her doorstep in the form of her late sister’s daughter, Sam opens her home and her heart to the girl she never knew existed. But it’s not so easy to face the man she left behind…

Sam had shattered Trevor Kincaid’s heart, and he’d sought comfort in her sister’s arms. But he’d pledged to shield his daughter, Grace, from the drama that followed the Carlton women. Now Grace has tracked down Sam, and Trevor is forced to deal with the one woman he wanted to forget.

History has a way of repeating itself, and the sparks between Sam and Trevor reignite an old flame. But as much as Sam wants a new future, is walking away again easier than risking her heart for a second chance at love?

Read on for my thoughts on Tell Me Again.  No true spoilers, promise.

Tell Me Again was, for me, one of those a tale well told but the “hero” acted more like a villain and that clouded my reaction to this entire story.  I could see this as a second chance at love story if Trevor hadn’t been such a jerk or kept going back and forth on his “I hate you but I also think I love you” attitude toward Sam.  Everyone involved held some fault, some more than others that is true, but no saints in this situation.

I was a good book.  I simply could not connect with the characters.  In a second chance at love story – at some point, I expect one or the other to actually forgive enough to have that second chance.  I never felt that from Trevor, in fact I felt the deeply buried grudge still alive and well within this man, more than likely to come out again at some later date.  A good book because of the writing, delivery and plot… not because of how the characters acted.

Every reader reacts differently to plots and characters.  You may find that second chance with Trevor and Sam, so I’d suggest picking this up for yourself and let your own interpretation decide the outcome.