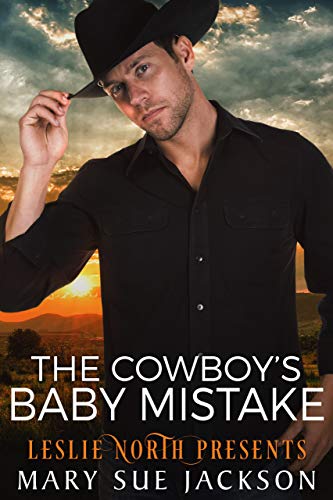 THE COWBOY’S BABY MISTAKE is an intense romance between two people who have always had a hands-off attraction in the background since Charity was Trey’s best friend’s little sister.  But she’s all grown up now (or so she thinks) and she wants Trey in her life.  Needing a new horse for barrel riding provided the perfect excuse for an overnight trip with Trey’s expert opinion on horses being her reason for the invite to come to the auction with her – it just didn’t turn out exactly as Charity or Trey expected.

What you really need to know before picking up THE COWBOY’S BABY MISTAKE can be found in the Cover Description.  I’ll be frank, it took me a couple of chapters to really like either Trey or Charity much at all.  Yet, once they started acting like grown-ups and dealing with the situation they’re now in, plus their obvious feelings for each other my reaction to their romance also changed.  I enjoyed my time in this world, stubborn people, interesting secondary characters and a love that went unacknowledged for too long eventually bring family and happiness to Charity and Trey.