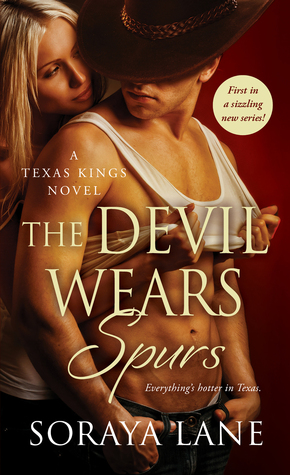 Always in the shadow of his over-achieving brothers, youngest brother Ryder fell in love with rodeos as a teenager and soon became the most successful bull and Bronco rider in the state. The ultimate playboy, Ryder likes to party hard, and he often makes bad decisions… including gambling. He’s so used to winning that he doesn’t hesitate to up the stakes one night, betting more than he can handle—his third of the King Ranch.

Chloe has seen Ryder on the rodeo scene, but she’s also noticed him at the bar where she works. She’s trying to work to save enough to put herself through college—she completed two years before she had to bail her dad out of a bad debt—losing all her savings in the process. Her father gambled all her life, and she had it tough as a kid, but the one thing she does know how to do is play—and win—at any kind of card game. When she finds Ryder in trouble, she makes him an offer—she will win his ranch back, if he pays her college fees and promises to walk away from gambling, for good. But while she’s winning back Ryder’s cash, what she doesn’t count on is winning his heart.

Read on for  my thoughts on The Devil Wears Spurs.  No true spoilers, promise.

I don’t normally use the half star ratings, ‘cos I just round up anyway for the other places I post reviews.  Yet reality is that often stories aren’t 4 or 5 but that in between place.  For me The Devil W ears Spurs is a 4.5 stars story.

If you love Cowboy Romance, then you are going to love the beginning to the new Texas Kings series, The Devil Wears Spurs – a lot.  There is just something about the youngest son in a family of over the top type of men.  The three brothers – Nate, Chase and Ryder each have a third ownership of the family ranch.  Nate and Chase have uniquely suited to their personalities and strengths duties for the ranch.  Ryder – well, Ryder ran off and joined the rodeo.  It is what he does the absolute best and he loves it and the lifestyle.  Now after years on the circuit and championships under his belt he’s just a tad bid cocky and over sure of himself on and off of the circuit.  He’s not a nasty arrogant type of man, simply one who knows his own worth – if he has one huge fault it is his determination to win at any cost in any thing.  Ryder likes to gamble and tonight his luck just went far south.  He’s lost his portion of the family ranch in a card game.  It’s a loss that will change him, humble him, to a certain degree, and in the end give him the best gift he never deserved.

Chloe is aware of Ryder, it’s hard not to if you enjoy the rodeo.  But while she might notice his moves in the spotlight, she has no intention of getting involved with a man who takes the kind of risks Ryder does – on and off the circuit.  She has her own troubles and doesn’t need to add this cowboy to that list.  When Ryder gets involved in that fated card game, it’s at the bar where Chloe works.  Since Chloe’s father is a gambler she knows how to play and how to win.  Ryder’s loss just might be a huge gain for her.  Chloe makes a mutually beneficial deal with Ryder – she’ll win back his portion of the ranch that he lost and in return he pays full tuition for the rest of her schooling.  Everyone wins.  Ah, if only life were that simple.

The Devil Wears Spurs is a sexy, engaging, at times laugh out loud romp that anyone who loves a good romance and a solid story would eat up with a spoon.  Ryder’s swagger is such a double edged sword for this guy.  On one hand his confidence in his abilities makes him the strong, sexy man that we love to drool over – on the other it gets him into situations that end up to be over his head because he can’t lose, in his mind.  I loved Ryder but I also rolled my eyes at him a few times, affectionately.  I absolutely adored Chloe.  This girl has been through so much in her life and she’s come out a strong woman determined to make her future count.  There is a lot to admire in this character.  Together they heat up the pages and give us a unique love story that any romance reader would enjoy.

I am definitely looking forward to continuing the Texas Kings series.  I love a strong man and it’s a perfect story for me when a strong man finds that perfectly strong woman to stand together.  Give this one a shot and you’ll be ready for the next novel when it releases.