Posted November 7, 2019 by Marsha in Connection to another series, Contemporary Romance, Series / 0 Comments 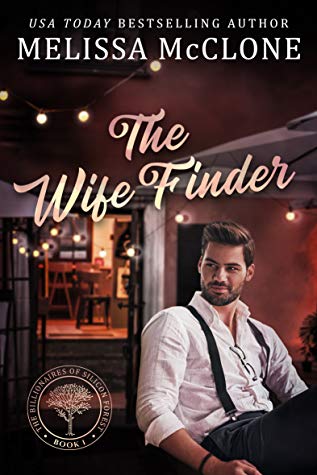 When it comes to love, all bets are off…

Failure has never been an option for self-made billionaire Blaise Mortenson. So when his friends suggest a wager to see who will be the last bachelor among them, he takes the bet. He has no doubt he’ll win—especially after he hires Hadley Lowell to find perfect matches for his friends. Now all Blaise has to do is ignore his growing attraction to the gorgeous, demanding matchmaker.

Hadley runs her business like a clandestine military op, precisely controlling every feasible outcome. But falling for a client? That was a possibility she never saw coming. Blaise’s drive, determination, and the softer side he tries to hide from the world will appeal to her on a gut-deep level—but while her matchmaking success rate is unbeatable, finding love for herself has been nearly impossible. There’s no way her happily ever after could come in the form of a tech billionaire who isn’t even looking for love…is there?

What should have been a simple business transaction quickly turns into something way more complicated, and Blaise starts to wonder if he’s in danger of losing more than just the bet when all is said and done.

I fell in love with THE WIFE FINDER early on and the tensions, the laughter, the suspense, and yes, even the pretend and the pain that caused was all worth it in the end as Hadley and Blaise find their happiness – but it won’t come easy, and there will be payment of the emotional kind involved for this couple.

There are layers to Blaise, layers that he allows no one to get past not even his closest, most trusted friends.  His past, his childhood has defined him in many ways – and he really hasn’t left it behind as he grew into adulthood.  Some pain goes too deep to forget – and sometimes we add fuel to that pain unintentionally with our own actions and reactions.  Until Blaise faces his demons there will not be a happy ending for him, with anyone.  Hadley will help him to realize that.  But there is a cost, there always is.

I enjoy stories that get me emotionally involved with the characters, main and secondary, to the point of anger, joy, laughter, and tears.  There were tears the angry kind, the sad kind and eventually the truly joyful ones (those are the best).  I was so caught up in THE WIFE FINDER that I didn’t even notice the time getting later and I ended up missing sleep over this one, but it was so worth it.  I would not hesitate one second in recommending this story, or this eventual series to any reader who truly loves a deeply emotional romance, tight friendships and a happy ever after ending that was hard fought for by both Hadley and Blaise – and they deserve it.