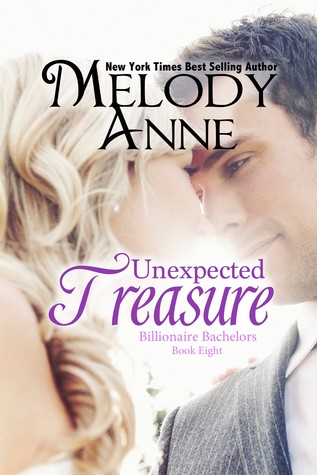 The Andersons are back in this exciting new line of the bestselling series everyone is talking about. In this new series, you will meet Richard Storm and his five children, and the circumstances that ripped him away from his brothers, Joseph and George Anderson. See how they finally meet. The bonds of an Anderson bloodline are too strong to keep their family apart forever.

Richard Storm is saddened that his children are throwing away their lives, and offers them an ultimatum. They have two years to take a failing business and make it a success or they lose their trust funds, and are on their own. His stubborn children think he’s gone insane, but they don’t know the powerful secret that can knock them to their knees and tear their family apart. Will they come together as they should, or will self-centeredness consume their hearts, ripping their family apart forever?

Crew Storm opens an exclusive resort in the Catalina Islands off the coast of California, and pride swells within him as he accomplishes the impossible. Everything is going on track until a blonde steps into his life and asks him to teach her how to be the perfect seductress.

Haley Sutherland is done with her fears, done being a wallflower and done being invisible. She comes up with a brilliant idea to find the perfect person to teach her how to seduce the man she truly wants. Though, the person she’s chosen to be her teacher is Crew Storm, soon she finds she’s forgetting her first love’s name.

This story will take you on a journey through the heart as Crew teaches Haley more than she ever imagined, and finds himself gaining more than he thought he needed.

Reunite with the Andersons as they discover new relatives and meet this new branch in the Anderson line. Will love truly conquer all, or will stubbornness make them lose everything they never knew they had.

Read on for my thoughts on Unexpected Treasure.  No true spoilers, promise.

Crew has certainly had a few, let’s say unexpected surprises in the last few years.  His father’s decision to uproot everything his children have known in one move certainly changed his life.  His father decided to sell his company, move, start up a new company from the ashes – and gives his children the ultimatum of pick a floundering, failing company from the five companies Richard had purchased and make them successful… and he would reinstate their inheritance, unfreeze their trust funds and unblock their credit cards.  Crew, along with his siblings, had been furious, flabbergasted and resentful.

It was difficult to admit, even to himself, but his father had been right.  Crew was feeling proud of his work, his ability to take a dead resort and bring it back to life – and since today was opening day – he had high hopes to meet the criteria of his father’s decision.  This beautiful, exotic paradise had come together with his design, his plan and his sweat, tears and curses… and a lot of help from those people he had hired to make this nightmare become a dream come true.  The old man had been right on the money.  Crew’s opinion of himself and his accomplishment was far more valuable than the trust fund sitting in the bank,, once his only means of supporting his lavish and spoiled lifestyle.  He had done it, and it felt damned good.

But life had a few more surprises for Crew.

Haley was nervous, alright, shaking in her shoes scared – but she would do this.  She was done with feeling hurt and resentful of her grandparents treatment and opinion of her.  She was on her own now, and she would become everything that they had claimed she was not and never would be.  Haley had taken the first tentative steps in her grand plan.  Now she had to take the next, perhaps the most difficult.  She needed to learn how to seduce a man.  She had the man, back home that she planned to use her new skills on – but right now she had to get through the learning part.  And that handsome man over there seems to be the perfect teacher.  A man who obviously knows beautiful women and how to get them to do whatever he wanted.  A seducer, a player would be the perfect man to teach her how to be attractive, seductive and get exactly what she wanted.  If only she could make her feet move and her voice work.

Crew was floored by the lovely lady boldly walking up to him and asking him to teach her how to seduce a man.  And for a man who has faced a lot of changes in his life recently, this was probably the most interesting of them all.

Unexpected Treasure begins a new chapter for the Anderson family.  And it will only take a few pages to understand a major part of this new development.  Richard Storm has had to make some difficult decisions recently.  Perhaps the hardest of his entire life.  But his children would benefit, if only they would drop their foolish pride and learn the lesson that was at the heart of his so called cruelty.  He loved his kids, but change was in the wind for them all – and it was time they learned to stand on their own without a safety net.

I enjoyed Unexpected Treasure so very much.  Not only for a new Anderson adventure, but for the people within those stories.  When the bottom falls out from under your world, it’s sink or swim time.  And Crew learned to swim quite well.  Haley is a sweet character, downtrodden by family and life, she is willing to stand up and go after what she wants.  Crew has discovered that he is not the man he used to be, and for that he is extremely grateful.  But Haley offers him something he didn’t expect to find – now his plan is to be successful in love as well.  Watching Haley learn the art of seduction and experience being seduced for the first time herself was charming and delightful.  I never saw her as weak – she’s a wounded bird that needs to find her wings, once she does she will soar.  These two worked well together as a couple and I  loved watching them discover each other.  It was a delight to see Joseph and George up to their old tricks… with a new element added to the mix.

Love an enduring, exciting and enjoyable series?  Need to see that happily ever after?  Then I would highly recommend visiting the Anderson clan once again (or for the first time) and indulge yourself with a really good love story.

« Review: The Billionaire’s Final Stand by Melody Anne
Not Quite Enough by Catherine Bybee »