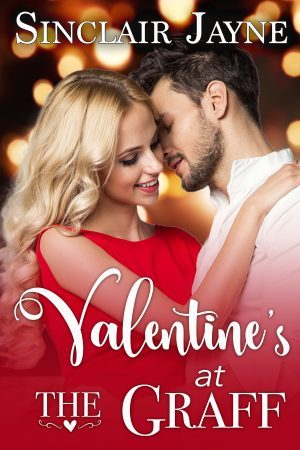 Marietta native Miranda Evans has yet to find her niche…until a small legacy allows her to open a gift boutique featuring local artists in the historic Graff hotel. As Valentine’s approaches, Miranda, who’s always left romance to the pages of a book, reaches out to involve the community in random acts of kindness to celebrate the month of love. Miranda has no need for hearts and flowers until the boy next door she dreamed about in high school arrives back in town more handsome, brooding, and out of reach than ever.

Orthopedic surgeon Whitman Telford blew out of his small, Montana hometown at eighteen without looking back. When he’s told to fill in for a month at Marietta’s hospital before obtaining his dream job in LA, no is not an option. After getting sucked into the Valentine project along with half the town, Witt starts to wonder if he’ll still be eager to see Marietta in his rear-view mirror.

Opposites attract or so Miranda’s heard, but will she have the courage to test this theory and take a chance on romance when so much more than her heart is at stake?

Valentine’s at the Graff is a charming, touching romance that shows how well opposites can attract… and what a little kindness can do in a person’s life.  It would probably be hard to find more opposite people than Miranda and Witt.  She’s bubbly, giving yet not overcome by life’s challenges, she shines and believes in the good of others – even when she’s proven wrong.  He was focused on two things, become the best doctor he could possibly be and leave his small town home far behind in his dust.  Now he’s back for a short, non-negotiable stay and his life is about to become interesting.  It’s ironic how memories can give a different picture than the actual facts do.  This is something that Witt is also going to have to face – and when he does it just might change his future plans.

While I adored Miranda, Witt took me a bit longer to warm up to.  He has a lot of baggage and often could have used a stern talking to.  But life and people can change so that when Witt begins to open up and shed the stuffy, nearly rude persona and show himself that’s when I saw the magic between this couple.

As always, you’ll run into familiar faces in Marietta, Montana and that is one of the many things that keep me returning again and again to this small town.  I simply love it there.  Don ‘t be a Valentine’s Day Grinch, go pick up Valentine’s at the Graff and enjoy a lovely romance and maybe a renewed faith in people.

Tags: Contemporary Romance, Holiday at the Graff #4, Sinclair Jayne, Valentine's at the Graff