Sometimes I just need to be scared silly – I’m thinking this one will do that.  Spore releases on June 2, 2015 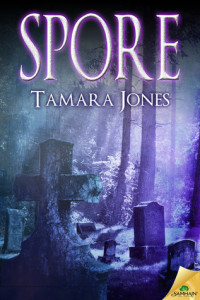 The dead are coming back.

Ten naked people walk from a cemetery into artist Sean Casey’s backyard: ten Spore People who used to be dead. One, Mindy, stays with Sean while trying to reclaim her life, but her ex would rather she return to her grave. Sean struggles to protect Mindy and other Spores while battling his recurring—and worsening—nightmares. Meanwhile, the media feeds a panicked frenzy that leads both the hopeful and hateful to Sean’s front door.

As the Spore fungus spreads, so does the fear. When mutilated children match Sean’s nightmares, he realizes his own worst terror may be closer than he thinks.

What are you waiting for?

6 responses to “Waiting on Wednesday #13”