I am a huge paranormal fan, so it should be no surprise that I am looking forward to the next book in The Gates Legacy series – Reckoning which releases June 4, 2015 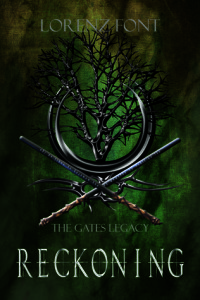 So, what are you waiting impatiently for?

« Review: No Gentleman for Georginia by Jess Michaels
Review: Where There’s A Will by Katherine Garbera & Eve Gaddy »

2 responses to “Waiting on Wednesday #14”